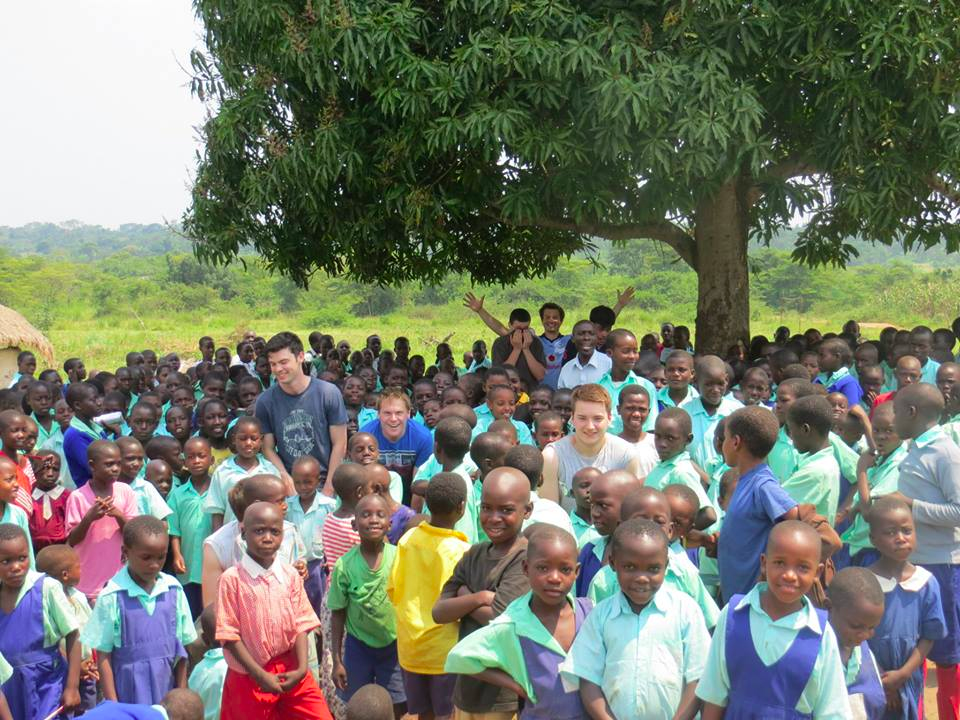 Background: In the summer of 2013, two young men from our Community went as part of a short-term mission trip to Uganda. This is Paul Mahony’s story.

I remember feeling physically sick as we made our way to the prison. At every bend in the road I would hope, “please, may we not be here yet”. 8 men, all from Dublin, Belfast, London, Glasgow and India, in the back of a mutatu, out doing missionary in Uganda for two weeks, what else did I expect I guess?

A Mutatu, pronounced Moo-tat-oo, is a Ugandan taxi, and was our method of transport for 2 weeks. The best way I can describe it, is like ‘The Mystery Machine’ from Scooby Doo – a compact van. It had 5 rows in it, but was no longer than an ordinary family car. It had ‘space’ for 15 people, which in Uganda can mean anything up to 20. Our mutatu brought us on all our missions – to infinite amounts of schools, villages, hospitals and homes where the 8 of us had the honor to serve. I had begun to love our mutatu – it rolled over the African dirt roads with a strangely comforting bounce. There where also the waves from everyone who saw you drive by – a group of 8 white men in a mutatu is quite a site in Uganda.

But this particular day I could not enjoy the trip.

Earlier that day Patrick McFadden had pulled myself and Stephen Robinson aside, “Today we are visiting a Ugandan prison, and it’s the 3 of us who are leading it”. We where supposed to stand up in front of an unknown number of inmates and preach about the love of God – to spread the kingdom.

Before coming on the trip I knew I wanted to be challenged, I knew I would have to rely on God for strength as he tested my faith, but now that I was in the middle of it, all I wanted to do was turn the mutatu around and head home.

After an hours drive we arrived at the prison. There was a small building inside the fence, with a larger Sports Hall outside. We are not allowed inside the fences. From the small building all the inmates came out and where lined up in the yard, guards with AK47’s organized them into pairs and marched them to the gate – how they all fit in the building they came from was a mystery, I found out later there is in fact not enough space for each of them to lie down at the same time and so they must take turns standing and lying down. Roughly 70 of them where all marched out in front of us into the Sports Hall and then we where allowed in. The 8 of us where sat on a mini-stage at the top of the room while the inmates sat in pews.

Phil Morrison began speaking to them through our translator Chadrach (I do not have enough pages to explain how incredible a man Chadrach is – he has adopted close to 100 kids now and schools them all, in the school he founded, he also is founding a secondary school, and works in the hospital, and is our translator, and does his own mission, oh and looks after his own wife and kids too).

Then the worship began. A team of Ugandans who regularly visit prisons lead the worship. This is when that feeling of sickness went away. I can honestly say that the 30mins of worship time in that prison with the inmates is one of the most spirit filled times of praise I have ever seen (after 20 years of community). The Africans in general have a beautiful way of praising the Lord, through song and dance, but to see inmates worshipping so openly and honestly was a challenge to me and my community back at home. These men had nothing, but they had heard about Jesus and worshipped God – the Gentiles, the lepers of the Bible times, but they had faith unlike any I had ever seen.

Patrick shared about the Prodigal son, a powerful story, even with translation stopping it every sentence. Myself and Stephen gave our testimonies. 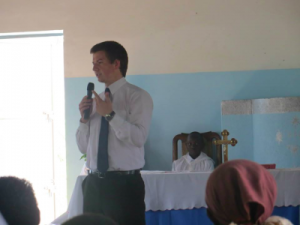 I cannot remember what I said. I know for sure it was not me speaking, but the Spirit of the Lord working through me. From my notes I think I talked about how my faith had grown, the importance of a personal relationship with Jesus, the power of Grace and how each of us are temples of the holy Spirit (1 Corinthians 6:19-20), who knows what else the Spirit prompted me to say. I was particularly struck at the end when, as we where handing out chocolate before leaving, one of the inmates came up to me, with tears in his eyes, thanking me for what I said – without translation it was impossible for me to understand him and vice versa, but we managed to say a quick prayer together.

I left the prison wanting to go back. After being so unsure beforehand about what I would say or do, I left knowing that when you step out, and cover yourself in prayer, the Lord will work. What a challenge to bring home with me – it was a privilege to work in Uganda, to experience what I got to experience over the summer, and now I guess the real challenge begins as to how I apply it at home, how do we serve in our home towns, and allow the Lord to work.

I could honestly spend days talking about all the stories and experiences we brought back as a team from Uganda – and happily will if anyone is willing to listen. I am by no means a writer, but I hope this one story of something I was personally struck by will give you an idea of our mission trip. As a final thought, I mentioned the waves we got from everyone as we drove by. The one thing that was so clear in Uganda was the value they place on relationships – they want to get to know you. When I came home I was asked “Oh it must be so hard, they have so little” and all I could think of is how much more they have than us. Ugandans do not have material goods and therefore place no value in them, they value people, they want to talk to you, when they hear you are a missionary they want you to preach to them ( a challenging order!) but it is definitely a part of the Ugandan culture that is so rich.