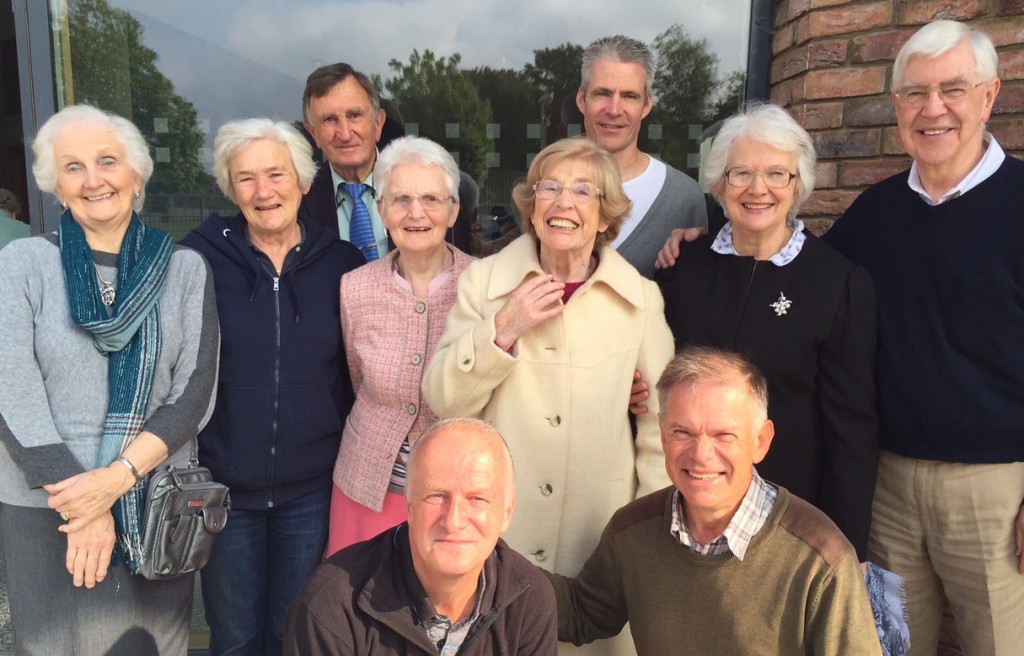 Éanna Johnson, the founding co-ordinator of the Community of Nazareth, shares about his faith and how the community came about, as a fruit of Charismatic renewal and a small group of married couples involved in Teams of Our Lady.

Although my parents were both from Dublin, I was born in India, where I spent my early life. Later, when my parents split up, we moved to Australia, but after my dad’s death, my mother and we children returned to Ireland. My mother had a strong faith and I had a good Catholic schooling all the way from kindergarten, and so I got a thorough grounding in the Faith from an early age. I can remember making a definite decision for God when I was about six. My faith never disappeared, even though I was challenged and at times my fervour waned, especially at university.

Teams of Our Lady and the early years of Charismatic Renewal

I met my wife Pat while we were students at University College Dublin. After graduation we both served as mission volunteers in Nigeria, got married on return to Ireland and became very active in our parish, in marriage counseling and in Concern (Third World relief agency). By the early 1970s, however, we felt a crying need to build our own life as a Catholic married couple. A priest friend introduced us to Equipes Notre Dame (Teams of Our Lady). This is a movement made up of small groups of married couples who encourage each other in living out the vocation of Christian marriage. We found the Teams a great blessing, a real experience of Christian community. Around the same time we met Charismatic Renewal. Pat had an initial personal baptism in the Spirit experience while on a visit to Cobh and then we were introduced by another priest friend Fr. Richard Loehrlein to one of the earliest prayer meetings in Dublin. Charismatic Renewal and baptism in the Spirit were the greatest and most surprising blessings I have ever received from God. My faith was deepened, it was like falling in love with God all over again, and the Scriptures really came alive for the first time. Charismatic renewal in Ireland was very ecumenical in its early years, and this too was an exciting, sometimes challenging, experience.

All the members of our Team were involved in the renewal so we functioned like a small charismatic community. We had read and heard about the new covenant communities that had grown from the renewal in the USA and elsewhere, and began to wonder if this was the way the Lord would call us to go. We were very conscious that the Teams catered for married couples only, and therefore had no place for single people. By the early 80s this was of particular personal interest to us because our children were then approaching their late teens.

Meeting the People of Hope

It was around that time that we were introduced to a group from the People of Hope, a charismatic covenant community based in New Jersey. These young men and women had been led through a remarkable set of circumstances to an outreach in County Cork. In the summer of ”82 my wife and I, along with our four children, were invited to visit the People of Hope in New Jersey, where we were received with great love and hospitality. This was an opportunity to personally experience the lived reality of this concept of charismatic covenant community. The response of each and every member of the family was very positive, so I began to think that maybe this was indeed the way the Lord was calling us.

Community of Nazareth is born

On returning to Dublin we shared our experience with the members of our Team and with some other friends from our prayer meeting. The response varied from instant when-do-we-start enthusiasm to cautious interest. The next two years were a time of prayer, discernment, discussion and finally decision. On 8th September 1984, at a retreat in Ballyvalloo, Co. Wexford, 25 people (nine married couples, six single adults, and a priest, Fr. Cyril Byrne, CSSp) each made their covenant commitment to God and to one another in the Community of Nazareth. Since that time we have been greatly blessed with new members and the community now numbers some 90 adults, with 60 children under 18 years of age. I currently serve as ‘Senior Coordinator’, chosen by the members to be the principal leader and to chair the Council which governs the Community. In the course of the years a small number of members have chosen to leave but it has always been our policy to maintain contact and good relationship with these and to invite them to our celebratory occasions.